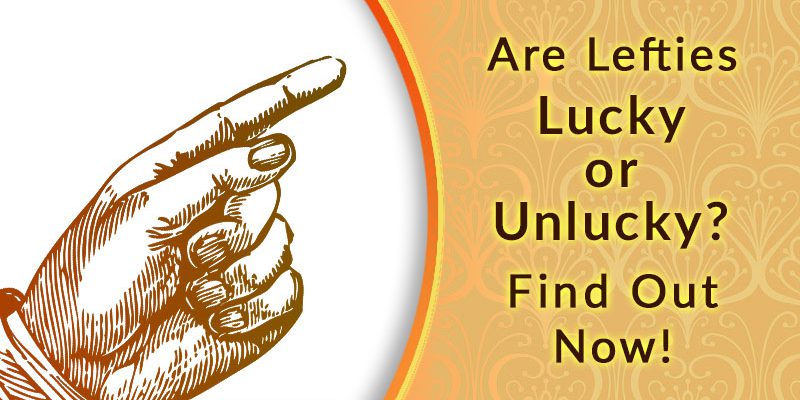 Left-handers or lefties are often considered unlucky in many cultures, including the Indian culture. We are told to accept prasad with our right hands only, and this hand is preferred for all our rituals, tilak, yagna, etc. On the flip side, our left hand is often considered impure, and many parents are seen trying to force their left-handed children to use their “correct” hand, i.e. their right hand. However, did you know that the left side of our body is associated with Shakti, the consort of Shiva, who in turn corresponds to the right side of our body? Our Hindu culture believes in the unity of duality, and it is often agreed upon that the world is a union of two halves – Shiv-Shakti, Purush-Prakriti, passive-active, and right-left. And yet, almost 12% of the entire population of the world is considered evil and sinister, because they are left-handed. But are they really unlucky?

Palmistry, the branch of astrology, associated specifically with our hands, or palms, has several accounts as to which hand should be studied. While one way says that the right hand for a man and left for a woman should be seen, another method claims that our active hand (the hand with which we write, eat, etc.) should be seen for our present and future, while our passive hand tells us about our past incidents and habits. In no way is the left hand claimed to be bad as per this branch of astrology.

Let us discuss some scientific and astrological facts on this topic and then, you can decide for yourself, whether the left-handed are lucky or unlucky?

Know What The Palm Lines Say About You

What Astrology Has to Say About Left-Handers

Scientific Facts About the Left-Handers

Hope you’ve liked this article and found some interesting facts about Lefties. AstroSage wishes you all the best!