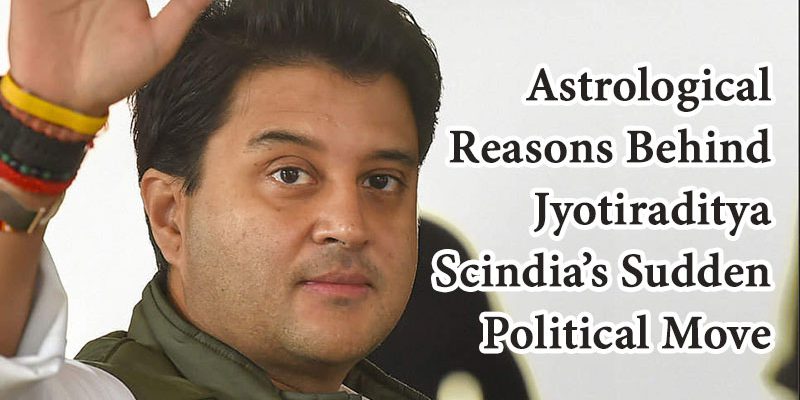 Jyortiraditya Scindia has caused quite a stir and shock wave in the political scenario of the country by resigning from the Indian National Congress on 10th March 2020, Tuesday. This has left all aghast, be it his supporters or his opponents. But, those people who keenly follow politics knew that it was something that was inevitable, but when and how only Scindia knew.

Now, Let us analyse Jyotiraditya’s stars and see what led to his resignation from the Congress party after 18 long years. As per the latest updates, he has joined the BJP or Bharatiya Janata Party at 14:56 on March 11, 2020. So, let us see what the stars have in store for him in connection with him joining the Bharatiya Janata Party and his future in politics. Some say it’s a homecoming for him as his grandmother and paternal aunts have a strong association with the BJP. 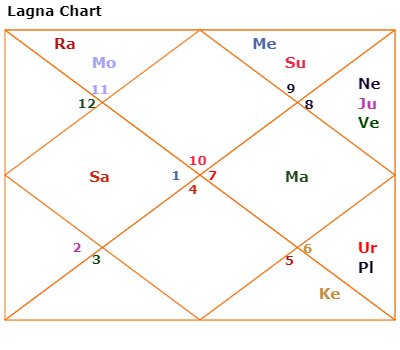 Jyotiraditya Scindia, the scion of the Scindia family that once ruled the Gwalior constituency and a former member of the parliament, was born on 01st January 1971, 10 AM in the morning in Mumbai. Let us now move onto the finer details of his horoscope-

Jyotiraditya joined the Bharatiya Janata Party on 11th March 2020 at 14:56 IST, and the following predictions are based on the planetary alignments that were prevailing at the time when he joined BJP. Let’s see and read important points regarding Scindia’s oath-taking ceremony. 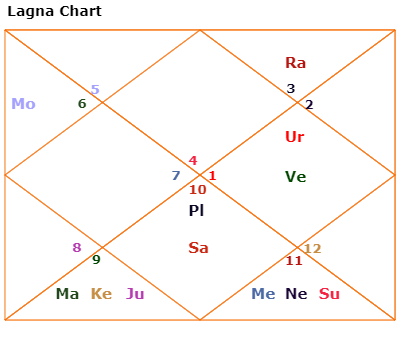 Get the Most Detailed Kundli Report Ever with Brihat Horoscope Predictions