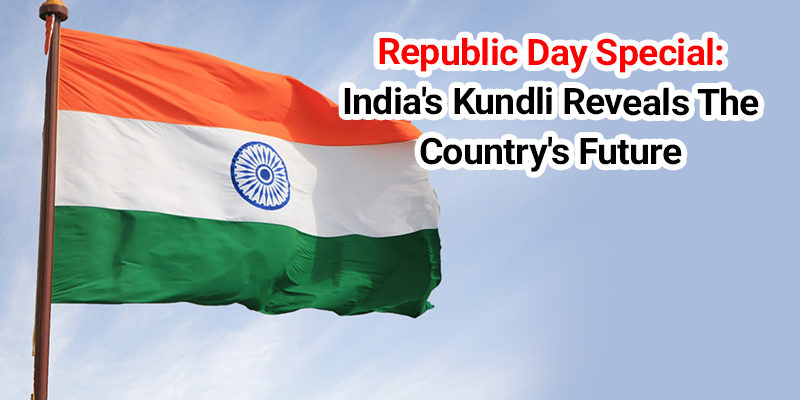 India is one of the greatest and largest democratic countries of the world and in the year 2022, the 73rd celebration of Republic Day of India is being celebrated which will also be celebrated as the Amrit Festival of Independence to commemorate the completion of 75 years of independence. The Republic Day celebrations are going to be amazing and special. Anyway, this festival is full of curiosity, excitement and thrill for every Indian because it gives a chance to see the tableaux of our country and the special duty parade of the army and aircraft and armament.

On this Republic Day, something similar will happen this time, which is why the eyes of the country’s young, farmers, soldiers, and the general public, as well as the eyes of foreign countries, are on India. They want to know what the unique features of this Republic Day procession will be. So, thanks to this blog, we now know how Republic Day 2022 will be celebrated and what will be unique about it. So let’s have a look at some interesting facts regarding this function. Also, learn what Vedic astrology has to say about India’s destiny in the year 2022.

Despite many problems and challenges, our wonderful country, India, will commemorate its 73rd Republic Day on January 26, 2022. It is nothing short of amazing how we have saved our nation while overcoming numerous hurdles and reaching new heights in the world. It is a proud moment for every Indian when we can be proud of our country, our policies, and our army, for it is because of them that we can live in our homes safely today. This year, on Republic Day 2022, certain unique events will take place. Let’s take a look at what makes this year’s Republic Day events so special:

Apart from this, another special thing will also happen with the Republic Day of this time that every year on the occasion of Republic Day in our country, heads of foreign countries are invited on the Rajpath as a special guest to honour the ceremony. It will not be done this time. It is possible that this time no foreign head of state is invited.

250+ Pages Personalised AstroSage Brihat Horoscope For All Solutions Of Your Life Problems!

India In 2022: From Astrological Point of View

The Vedic astrology forecasts for the Republic of India in the year 2022 reveal a lot about India’s political, financial, religious, and cultural issues. Let us examine how the movement of the stars and planetary placements influence the country’s political, cultural, and religious landscapes. To better comprehend this prediction, consider the following horoscope for independent India:

If we look at the horoscope of independent India, we can see that it is a Taurus ascendant horoscope, with Shukra Maharaj in the third house, Mercury, Sun, Moon, and Saturn, and Rahu Maharaj in the ascendant. The yoga karaka planet for this horoscope is Shani, who is the lord of the ninth and centre house of the triangle and is in the third house of the horoscope. Brihaspati Maharaj is seated in the sixth house, which is the lord of the eighth and eleventh houses.

Dev Guru Jupiter, the most fortunate planet, is transiting in the tenth house from the ascendant and the eighth house from the moon sign at the beginning of the year 2022 and will transit in the eleventh house in the month of April.

Shani (Saturn) Maharaj, the Yogakaraka planet, is transiting in the ninth house from the Ascendant at the start of the year, moving to the tenth house in April and then returning to the ninth house after some time. It will be in the Moon sign’s seventh and eighth houses.

Rahu Maharaj is currently in the ascendant house at the start of the year, but he will be transiting from the ascendant to the twelfth house and from the moon sign to the tenth house in the middle of April 2022.

Let’s go forward and explain how the horoscope and current planetary positions relate to India’s future.

Political Scenario of India in 2022

In India’s political scene, 2022 will be a year of turbulence. From February to March of 2022, elections will be held in several important Indian states, including Uttar Pradesh, Punjab, Manipur, and Goa. Thus, there has been agitation in the political scene since the beginning of the year as a result of the formation of the election bugle, and not only the country but many large nations of the world are still watching these elections in India because some people consider it to be the current central government. Looking at the success and failure, the eyes of some opposing countries are also fixed on these elections.

The transits of Shani Dev, Jupiter, and Rahu are all significant transits that will be visible this year, so the period from April to July 2022 will be extremely volatile. During this time, there will be political challenges, and India may face some challenges on the international stage, but once July has passed, India will resume its strong position and political position. In addition, the ruling party will look to be in a strong position.

Between April and July 2022, the ruling people will face obstacles as some prominent names clash, but from August 2022 forward, these challenges will fade and the administration will be recognised as powerful. Some allies will abandon the administration in the face of criticism, but the government will show signs of breaking free from its stronghold and will be able to form bonds with some.

Due to Saturn and Jupiter’s retrograde in the middle of the year, some major judicial decisions may be issued in political circles, which will serve as a model for the country in many circumstances. This period will be marked by a strong judicial presence in the country, as well as many political statements that will be critical for the middle and lower middle classes.

When it comes to the economy, many powerful countries across the world are currently combating an epidemic such as the coronavirus and confronting a difficult economic scenario, and India is no exception. However, India’s economic growth rate has increased for some time. There has been some increase, which will register some decline in this time, and the period from January to July 2022, i.e. the first half of the year 2022, may remain weak, but there is no need to be disappointed because the period after August 2022 will be more suitable, and the year 2022 will prove to provide a much stronger economic condition.

You will see the stock market reach historical highs. In comparison to last year, stocks in the Oil, Gas, Minerals, Information Technology, and Financial sectors will see a lot of momentum this year, and more people will be seen trying their hands in the stock market.

This time, the budget could be larger than the last one, with several major announcements and tax exemptions aimed at the lower and middle classes. There could possibly be a major announcement involving farmers. However, there is a good chance that the defence budget will be increased.

In short, it is possible that this time the budget will come out keeping in mind the army, defence, infrastructure and lower and middle class.

Talk To Our Esteemed Acharya Mragaank & Know Everything About Your Future

India established a republic on January 26, 1950, when the Indian Constitution went into effect, and the tradition of celebrating Republic Day on that date has continued since then. In India, it is a gazetted holiday that is commemorated as a national festival. The Republic Day celebrations in 2022 will be influenced by the Amrit Mahotsav of Freedom, as it will be 75 years since we gained independence from the British after sacrificing the lives of many Ranbankurs.

In India, Republic Day is a highly respected celebration that is celebrated with zeal and pride by all Indians. On Republic Day, a parade is held in which there are tableaux representing various states and ministries depicting the country’s development efforts. This parade is conducted by the Ministry of Defence.

In this, various armies, including Indian Air Force, Indian Army and Indian Navy, other paramilitary forces, police and NCC cadets also participate and school students also participate in this parade and many types of attractive floats are also available for the people. Along with entertainment, they work to provide adventure and knowledge. During this parade i.e. during the Republic Day celebrations, there is also a chance to see many types of warplanes and armaments, which makes the chest of every countryman proud.

This is our national festival celebrated every year, which makes us feel proud to be Indian and our progress as a nation. AstroSage wishes you all a very Happy Republic Day 2022!

We hope that you must have liked this article of ours. Stay tuned with AstroSage for more such articles. Thank you!