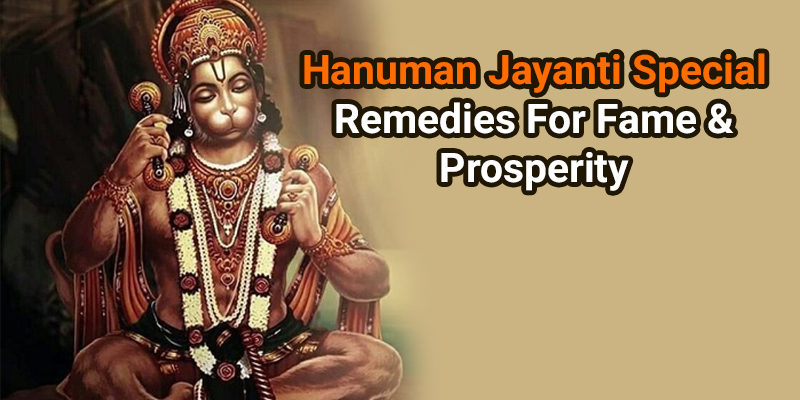 Hanuman Jayanti is celebrated twice a year. The first celebration will take place on Tuesday, 27 April 2021. Those who are not aware of this should know that the first Hanuman Jayanti to be celebrated in a year is celebrated during Chaitra Shukla Purnima, which usually falls during the month of March or April, as per the Gregorian Calendar.

The first Hanuman Jayanti this year will be celebrated on Tuesday, 27 April 2021. The Muhurat for the same is given below.

Note: The Muhurat timings mentioned above will remain valid for the New Delhi area only. In order to know the auspicious Muhurat for your city, Click Here!

Now, let us take a look at the Puja Vidhi of Hanuman Jayanti, which are mentioned below.

Hanuman Jayanti: How Important is this Festival?

There is a special relevance of Lord Hanuman’s Jayanti, who also happens to be the dearest devotee of Lord Rama. As per the Hindu Calendar, the festival is celebrated during Chaitra Purnima. On this very day, Lord Hanuman, who is also stated to be another incarnation of Mahadev, took birth from Ajana Devi’s womb.

It is said about Sankatmochan Lord Hanuman that upon eulogizing his name, all the sufferings and pains of one’s life come to an end. The devotees of the Lord believe that if they are under the benediction of Hanuman Ji, no grief or misfortune can cross paths with them.

How was Lord Hanuman Born?

Pawan Putra Hanuman was born to Devi Anjana and Vanar Raj Kesari. This episode of his birth finds a mention in the Skanda Purana too. It has been stated that on being asked by sage Matanga, both Anjana and Kesari went to Venkatachal mountains and took bath in a pilgrimage site named Pushkarini. Later on, they bowed in front of Lord Venkatesh or ‘Barah’, who was the presiding deity of that place.

After this, both of them went to the Akashganga Teerth and worshipped Vayu Dev. It is said that the God of wind was pleased with their devotion when Mata Anjani went through a deep penance for a thousand years and the Lord appeared before her and asked her to seek a boon. Mata Anjani then expressed her desire to have children.  Symbolising the fulfilment of this boon, Sankatmochan Lord Hanuman was born to Mata Anjani.

Things Which Should be Kept in Mind During Hanuman Jayanti

Find out How Kesari Nandan Attained the Status of a Deity?

Lord Hanuman is also known as Kesari Nandan Maruti (the son of Kesari). However, there is also a whole story associated with this belief.

One fine day when the Lord was a child, he woke up from his sleep and felt very hungry. He saw a red ripe fruit in a tree nearby and set out to devour it. But what he thought to be a ripened fruit was actually the Sun. It was the day of Amavasya or the New Moon and the solar eclipse was just about to begin.  But even before Rahu could make this happen, Lord Hanuman consumed the Sun. Rahu in a clueless state kept wondering what’s going on and ultimately approached Devraj Indra for help.

Even after hearing numerous pleas from Lord Indra, Hanuman Ji did not free the Sun. an angry and frustrated Indra Dev started hitting Hanuman Ji on his face. Because of this, the Sun was freed but the Maruti Lord fainted and fell from the sky and landed on earth.

Lord Pawan was not at all happy with this and he took Maruti with him only to disappear into a cave. Afterwards, all hell started breaking loose in the Earth. To stop this destruction, the other Lords pleaded with Indra Dev to let go of his anger and come back.

After this, all the Gods bestowed different powers in Maruti Nandan and gave him the boon that he will be worshipped by the name of Hanuman. From this day onwards, Maruti came to be known as Hanuman.

These predictions are based on your moon sign. For a more personalised prediction, connect live with an Astrologer on call or chat

So, this was all you need to know about this festival. Wish you a very happy and prosperous Hanuman Jayanti!!