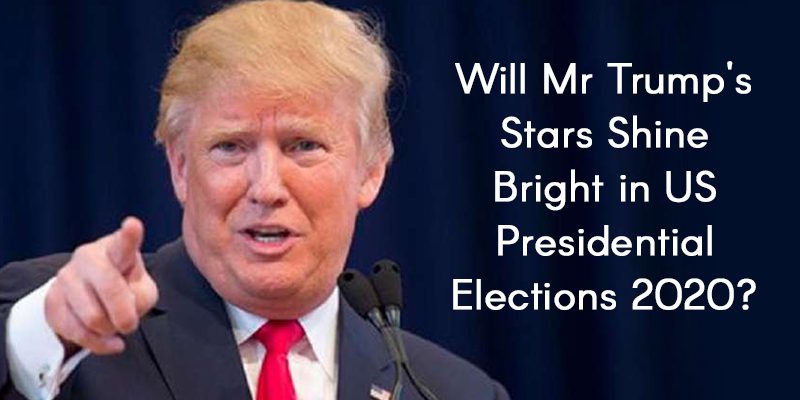 An analysis of Donald Trump’s stars and what they have in store for him in connection with the US Presidential Elections.

Donald John Trump is the 45th President of the United States of America. Before stepping into the world of politics, he had been a successful business tycoon as well as a Television personality.

He was associated with the Universe of Real Estate business in America and is quite popular for his audacious and outspoken nature. He also likes to call himself America’s Greatest President, Mr. Brexit, Your Favorite President, King of Debate, Tariff Man, President Trump and The Chosen One.

If we take an astrological look at POTUS Donald Trump’s Kundli or birth chart, then it comes into notice that he was born on 14 June, 1946 at 10:54 AM in the morning. Let us now move on to some specific highlights of his Kundli.

Want Instant Solutions For Your Problems? Ask a Question Now 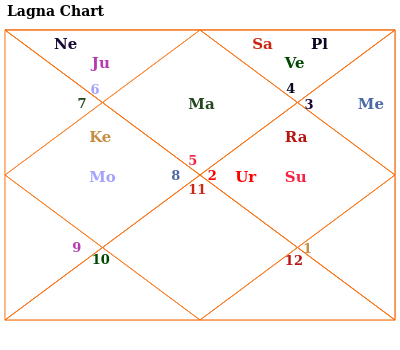 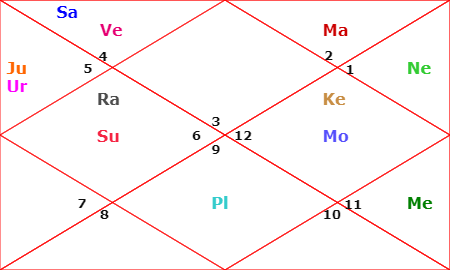 The United States presidential elections are to be held in the month of November in the year 2020, for which Mr Trump will be contending once again. If we take a look at the positions of his stars and planets, then it can be stated that his Kundli will be undergoing a Major period(Maha Dasha) of the planet Jupiter, Saturn’s Sub Period(Antar Dasha) and Rahu’s Sub Sub period(Pratyantar Dasha).

Because of these Dashas, it can be declared that Rahu may remain in his favour, despite some ups and downs, as from the month of September onwards, Rahu will be in the zodiac sign Taurus and in his Kundli too, Rahu is posited in the same state and place.

In this particular time period, Shani Dev will be in the third house from his Moon Sign and in the sixth house from the Lagna, which is denoting a positive indication of Mr Trump being able to defeat his opponents and winning in elections. Thus, it can be said that once again the grace of Rahu will be showered upon the current President of the United States and lead him to victory.

(This prediction about Donald Trump has been made by Astro Guru Mragaank based on his Kundli/horoscope available on the Internet. Full analysis of other US contenders will be provided later)

We hope that you will appreciate this blog of ours. Thankyou for connecting with AstroSage!!