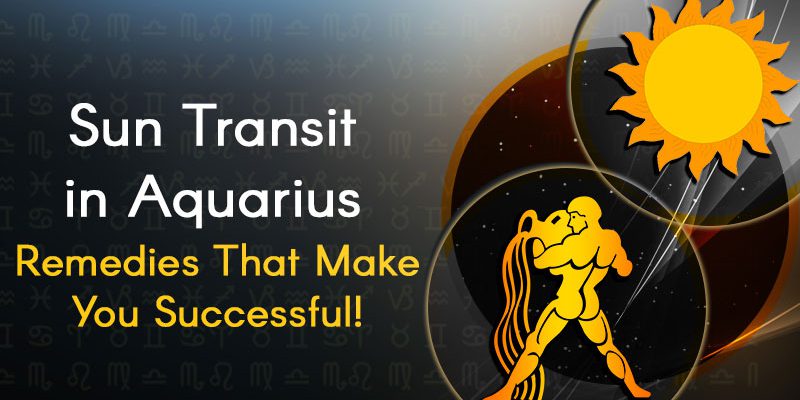 The Sun is making a transit in the zodiac sign Aquarius on February 13, 2020, at 2:00 pm on Thursday. Aquarius comes under the air element, whereas the Sun represents the fire element. This means that Firy Sun enters the Airy Aquarius through this transit, and this movement is known as Kumbh Sankranti. The transition of the Sun in any zodiac sign is commonly known as Sankranti, which is why the placement of the Sun in Aquarius during this transit comes to be called as Kumbh Sankranti.

According to the Hindu Panchang, the Sun transits almost every month since it remains posited in a zodiac sign for about a month. Kumbha Sankranti has been described as an important event, as on this day, it is considered auspicious to feed the poor and offer donations to the Brahmins. Feeding the cow or Gau Mata during Kumbh Sankranti is considered a virtuous act. Apart from this, bathing in the Holy River on this day is also considered auspicious. It is believed that on the day of Kumbha Sankranti, all the Hindu deities bathe in the river. Hence, natives attain favourable outcomes by performing such tasks on this day. So let us know how the Sun’s transit will have an effect on all zodiac signs.

For your zodiac sign, Surya or the Sun is the ruling Lord of the fifth house and in its transit duration, it will be entering the eleventh…..Read More

For your zodiac sign, Surya Dev happens to the ruling Lord of your fourth house and during its transit duration, it will move to enter your tenth house. During this…..Read More

For natives belonging to the zodiac sign Gemini, this transit will take place in your ninth house. Under the influence of this transit, you will become eligible to…..Read More

For Cancerians, the planet Sun is the ruling lord of your second house. During its transitory motion and its stay in Aquarius, it will be seen…..Read More

Since Surya Dev is the ruling lord of your zodiac sign, its transit will have special impacts in store for you. So, during its stay in…..Read More

For the zodiac sign Virgo, Surya Dev or the planet Sun is the ruling Lord of your twelfth house. And during its planetary movement, it will be seen moving…..Read More

For natives belonging to the zodiac sign Libra, the Sun is the ruling Lord of their eleventh house, which is why it graces them…..Read More

The governance of the tenth house of Scorpio natives is attributed to the Sun. The tenth house is also known as the house of one’s profession or Karma, which is why this transit will have…..Read More

For your sign, Surya Dev is the friend of your zodiac Lord, Jupiter. This is the reason why Surya Dev will leave a special impact upon your life. During…..Read More

During its transit into the zodiac sign Aquarius, the royal planet will move through your second house. Now, under the influence of this transit, many health problems…..Read More

The royal planet Sun is the ruling Lord of seventh house. During its transit duration, it will remain posited in your own sign, which means in your first house, which is why…..Read More

For the zodiac sign Pisces, Jupiter happens to be its ruling lot and it maintains a friendly relationship with Surya or the sun. During its transit duration…..Read More