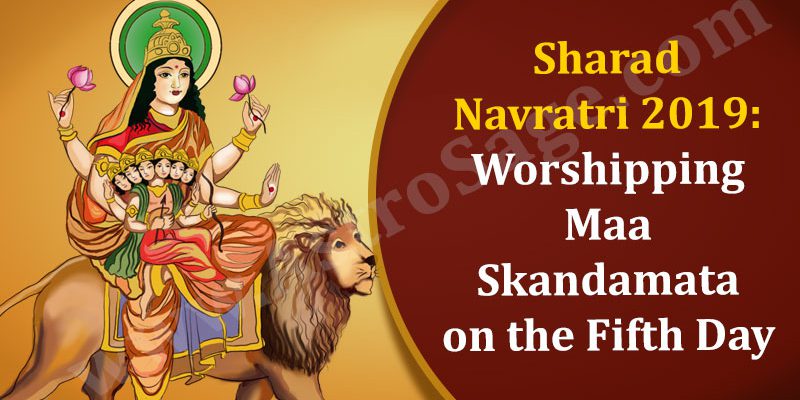 Know the glory of Maa Skandamata and appeasing mantras! Know the puja rituals for fifth day of Navratri, religious importance and auspicious muhurat!

Importance of Maa Skandamata in Astrology

Both Hinduism and Vedic Astrology glorifies the significance of Maa Skandamata. In the latter part, the Goddess is known to be the ruling deity of the planet Mercury or Budh. Therefore, venerating Maa Skandamata on the fifth day by following rituals and rites helps to decrease or get rid of any malefic influence or doshas formed by the negative placement of Mercury in one’s kundli. Hence, seek her blessings and ask for peace, stability and prosperity from the Goddess by venerating her.

Maa Skandamata in her Form

It is believed that by worshipping Maa Skandamata, the devotees get rid of any kind of diseases or sorrows. The puja rituals for the fifth day of Navratri is almost similar to other days:

Happy Navratri 2019 to all the readers from AstroSage! We hope that the blessings of Goddess Shakti Maa Skandamata remain on you forever.