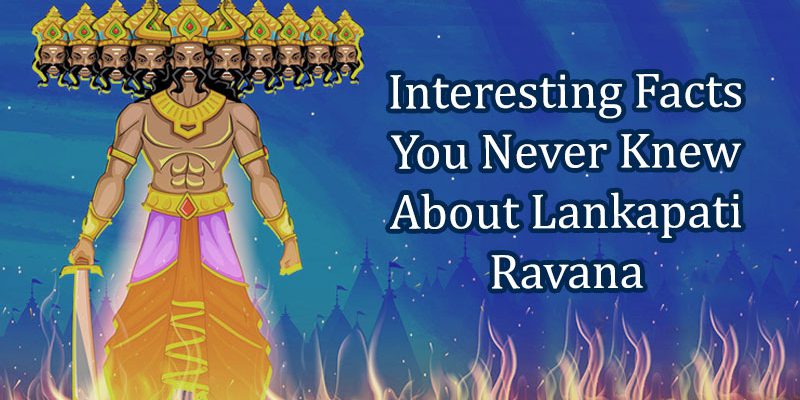 Followers of Sanatan Dharma will be well acquainted with Lord Rama, Mother Sita and Ravana. Since our childhood, we have been taught the mighty encounters of Lord Rama, his fight against Adharma and numerous facts related to his birth. However, little is known about the very mysterious Ravan. Ravana has been described as a devout follower of Lord Shiva, a Veena maestro, grand scholar and an intelligent and courageous ruler. Hailed as the “Chakrawarthi Samrat”, Lankapati Ravana possessed ten heads, with every head representing his vast knowledge about Shastras and Vedas.

There are numerous stories and beliefs about Ravan that we are still unaware of. Therefore, we have brought to you these interesting facts about Ravana collected from different parts of the epic Ramayana written by Sage Valmiki. Read these facts and rewind your knowledge about Ravana’s character being more than just a villain in Ramayana.

Why Ravana Never Touched Sita Despite Being Powerful?

Even though Ravana possessed a dominant and very powerful personality, he never forced himself on or coerced Lady Sita in any way. Even though he was very stubborn when it comes to getting his way, and would go to any depth to get what he desires, he never touched any of them, not even Lord Rama’s consort, Sita. There is a story related to this act. It is said that once, because of his weakness towards beautiful women, he mistreated his niece-in-law, Rambha, who was the wife of his nephew, Nalakūvara and the Queen of Apsaras. Her divine beauty and angelic features tempted Ravana, who did what his heart desired against her will.

Out of anger, Nalakūvara cursed his uncle Ravan, saying that ever Ravana dared to touch a girl against her wishes or consent, his head would explode in three pieces. Due to this curse, Ravana could never touch Maa Sita without her consent after kidnapping her.

Why Lord Hanuman Got Surprised After Seeing Ravan?

This fact about Ravana will surely make your heads turn in disbelief! According to several mythological sources, Lord Hanuman, the best and mighty among the Vanaras, was searching for Lady Sita in Ravana’s harem when he crossed the ocean. It was during this time he saw the Lankapati sleeping on his golden couch.

As explained, Valmiki described the gallant King as physically strong, just like a scented elephant who rested in the lake. The golden armlets tied around Ravan’s arms accentuated his manliness, and the wounds on his body and shoulders sang the songs of victory. His body was well-massaged and smeared with best-quality and scented sandalwood, which highlighted his might and made even the Devtas, Nagas, and Gandharvas scream in fear.

Lord Hanuman, after seeing this iconic sight, backed away in surprise for a moment and maintained a distance while searching for Sita. Valmiki mentioned that even Lord Ram praised his manliness to Vibheeshana the first time he saw the Lord of Demons on the battlefield. He said that even the Three Worlds were unable to face the wrath of Ravana.

Though the great Lankapati Ravana had everything he could ever dream of or desired for, there were still some wishes he could never get fulfilled. All his power, might and wealth couldn’t help him achieve what he wanted. Below are his seven secret wishes:

Ravana is famously hailed as the Dashanana, the one with ten heads and consists of twenty hands representing prowess. Even in the epic Ramayana, Ravana’s ten heads is known to represent an unlimited source of knowledge about life, Scriptures, Vedas etc. along with several emotions which made him a complete man. Below are the emotions that are represented by these ten heads:

In some versions of Ramayana, it is depicted that Ravana did not originally possess ten heads. It was an illusion created by a necklace or rosary made out of nine pearls which his mother had given him at the time of his birth. Anyone looking through that necklace could fall under this illusion and believe in the existence of ten heads.

Ravan’s Wife Was The Reason Of His Defeat

It is said that Mandodari, Ravana’s wife, became the sole cause of Ravana’s defeat in the epic war against Ram. At a certain point, Ravana was the sole survivor left amongst the opposition, as his army and sons were killed in the war. Nearing defeat, Lankapati Ravana decided to conduct a Maha Yagna to turn the tables. However, for the yagya to succeed and offer fruitful results, it was required for him to remain seated at one spot and not leave his place under any circumstances.

Grasping this opportunity, Lord Rama sent Bali’s son Angad along with an army of vanaras to interrupt the Ravana’s act. After several failed attempts, Angad finally came upon an idea and started dragging Ravana’s wife, Mandodari right in front of him. Seeing Ravan not even flinching a little, Mandodari started criticizing his acts by telling him how Rama was reluctant to give up and fighting head-to-toe to get his wife back, whereas Ravana has no qualms and is hell-bent on victory. Upon hearing this, Ravana finally left the spot, due to which the yagya was left uncompleted.

We hope you find our article on facts about Ravana interesting. You can also give us your feedback by commenting below. We wish you a happy future.