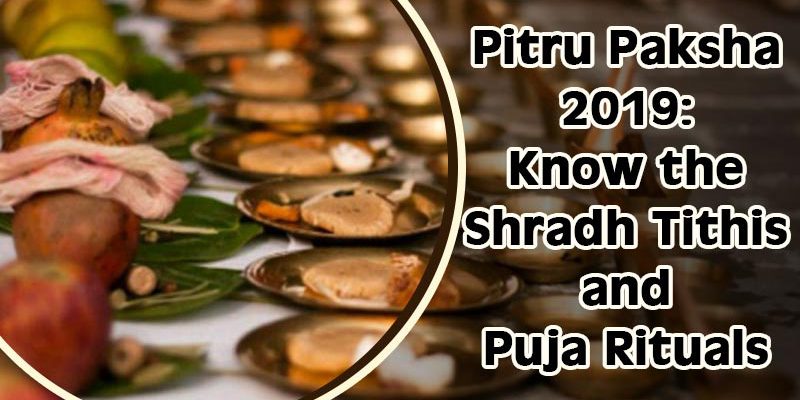 Perform these Shradh rituals to provide salvation to your forefathers. Pitru Tarpan helps the entire generation to attain deliverance, happiness and prosperity.

Bhadrapada Purnima Tithi of the Hindu Panchang is also known as Shraddha Purnima. According to Hindu religious beliefs, it is quite an important Tithi. This Tithi also marks the arrival of Ashwin Krishna Paksha, which is also known as Pitru Paksha, which ends on Ashwin Amavasya. This year, Pitru Paksha is starting from 13th September and will end on 28 September 2019, which will provide us with an opportunity to pay off the debts towards our ancestors. We are given a fulfilling occasion to show our adoration and respect for them. The scriptures mention three debts (rin) of human beings.

It is only due to our ancestors that our existence has enough validation. During the Pitru Paksha, Shradh ceremony is performed for our departed ancestors. It is believed that our our forefathers get appease because of its successful commemoration and the good fortune of human beings increases. No auspicious work is carried out in this entire duration. It is also forbidden to stitch or buy any new clothes during this time. Taking an oil massage and haircut is also considered a taboo during this period.

The commencement of Shradh is also important for the redemption of the souls of those natives who die accidental or unnatural death in one’s family. From an astrological point of view, by performing the Shradh rituals during Pitru Paksha helps one to get relief from Kaal Sarp Dosh present in his/her Kundli.

There are two categories of Shradh, which are Parvan and Ekodisht namely. It is very necessary to differentiate between the two types of Shradh. The Parvana Shradh ritual is carried out during the afternoon period, which is performed in between the tenth and the twelfth Muhurat after sunrise, on the day of one’s ancestor’s death. During the Parvana Shradh, one’s father, paternal grandfather, great grandfather, maternal grandfather and great grandfather and maternal grandmother and their wives are worshiped. On the other hand, Ekodisht Shradh is performed in between the seventh and ninth Muhurta in the midday period, on the day of the ancestors’ death anniversary. During this occasion, one’s Guru, father-in-law, uncle, maternal uncle, brother, brother-in-law, nephew, disciple, paternal uncle, son, friend and their wives are worshiped.

The death of a relative which took place on a particular Chandra Tithi, his/her Shradh is performed on the occurrence of the same Tithi during the Krishna Paksha of Ashwin month.

Gaya is an ancient city situated on the banks of river Phalgu in Bihar. On the occasion of Pitru Paksha, thousands of devotees flow into this place to perform Tarpan for their forefathers. It is believed that by making the pindaan in Gaya on the occasion of Pitru Paksha, the dead attain salvation. His/her soul departs from the cycle of life and death. Also, the upcoming seven generations of the person making the pindan also become worthy of obtaining fortune when the task gets completed successfully.

In Hinduism, the last rites of Pind Daan is said to bless one with the grace of one’s ancestors. All the challenges and obstacles in life are eliminated after performing this sacred ritual, and one attains the grace and blessings of their forefathers and ancestors. When performing Shradh rituals, PInd Daan is carried out. According to Mahabharata, below are the steps to perform Pind Daan ritual during Shradh ceremony:

We hope that this blog written on Pitru Paksha will prove to be insightful for you. Thankyou for staying connected with AstroSage!