Elections are said to be the biggest democratic festival in India. This mega festival has ended with the conclusion of 2019 Lok Sabha Elections, and now every party is confident about its victory. Everyone is claiming to the “throne” and working their way up to reign as the Prime Minister. Great political leaders such as Shri Narendra Modi, Shri Rahul Gandhi, Shri Akhilesh Yadav, Shrimati Mayawati, Shrimati Mamata Banerjee etc. are calculating their chances of emerging victorious in the Lok Sabha Election results. But are the planets and nakshatras in their favour? Who resides in the heart of the masses and who will come in power, let’s read and know:-

Stating the reality of all the claims, here we present to you our 2019 Lok Sabha Elections Exit Poll. 23 May, 2019 will prove to be a historic day in Indian Politics, as on this day only, the leader controlling the reigns of the country will be announced. Now, through an astrological eye, let’s see which political candidate succeeded in wooing the hearts of the masses and who has a major chance in becoming the next PM of the country. Along with that, you’ll get to know the probable seats which can be acquired by each and every party. But before going ahead, let’s take a quick look at the political equations of 2019 Lok Sabha Elections:

In such a case, it would be interesting to see which party emerges as the grand winner after the summation of all the votes on 23rd May, and which political party has to suffer the loss.

From an astrological point of view, AstroSage’s AstroGuru Mragaank Sharma has tried to explore the status of the different parties in 2019 General Elections if we present the exit poll on 23rd May. 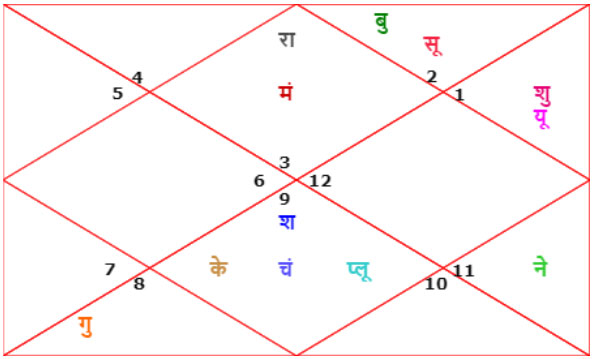 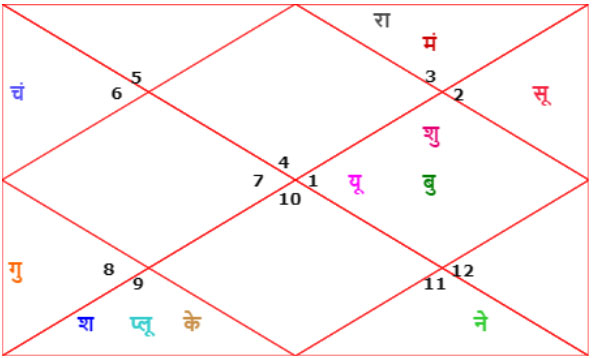 What Does the Kundli of Narendra Modi Say?

As per the kundli of Shri Narendra Modi, the dasha of Moon-Ketu-Mars will begin from 14 May 2019 till 27 May 2019. The significator of Luck and ruler of the ninth house, Moon is posited in the Lagna house with the Lagna lord Mars, and forming a major Raj Yoga. On the other hand, Ketu is present in the eleventh house with Tenth House Lord Sun and Eleventh House Lord Mercury and signifies fulfilment of ambitions. This is one of the reasons to expect his return to power.

What Does the Kundli of BJP Say?

According to the kundli of Bharatiya Janata Party or BJP, the dasha of Moon-Mars-Saturn is starting from 22 May 2019 till 25 June 2019. Second House Lord Moon will remain in a debilitated state in the sixth house, and Sade Sati is undergoing its last stage. Mars is the ruling lord of the Sixth and Eleventh house and posited in the third house with Rahu, Saturn and Jupiter. In such a case, there will be chances of winning, but due to three major planets, i.e. Mars, Jupiter and Saturn, being in retrogression, the party may have to suffer from some loss. Although, the party can succeed in forming the government. On this account, we can say that the party will procure less seats than before.

What Does the Kundli of Rahul Gandhi Say?

On the other hand, the Rahu-Rahu-Rahu dasha in Rahul Gandhi’s kundli is beginning from 16 April 2019 till 11 September 2019. With Sade Sati being majorly impactful, the lord of Mahadasha, Rahu being posited in the fifth house in Aquarius zodiac sign, and the Fifth House Lord Saturn being placed in the seventh house in its debilitated sign, Rahul Gandhi will be imposed with major challenges.

With the influence of Rahu being posited in the fifth house, Rahul Gandhi will do or act accordingly, which can sometimes make him a star or a laughing stock in the eyes of the nation. Undoubtedly, there will be a rise in high career graph, but it won’t be enough for him to succeed as a PM. Although, with these elections, he will succeed in polishing and strengthening his image as a skilled politician.

What Does the Kundli of Congress Say?

Looking at the kundli of Congress, it is implied that the dasha of Jupiter-Venus-Mercury has begun from 5 March 2019 and will stretch till 22 July 2019. Jupiter, the ruling lord of the tenth and lagna or first house, is in retrograde motion in the fourth house and fully aspecting the Sun posited in the tenth house and combust Venus. Saturn is transiting and creating a conjunction with the planet Venus and Sun, getting placed from the Moon in the fourth house.

In such a case, some members can ditch the party and join the other party. Along with that, the image of the party will get affected due to some issues. However, they may gain more votes and seats in comparison to 2014.

After carefully evaluating the position of planets and nakshatras, we can see that the prevailing government has higher chances of coming back into power. But due to constant obstacles in the way, it won’t be able to perform that grand as it performed in 2014. Also, there are chances of BJP entering into a coalition with other small parties in order to frame their government.

On the other hand, talking about the opponents, we can state that it won’t be an easy ride for the Congress. However, they won’t face any situation similar to that of 2014, and the party will succeed in performing better than expected, but their chances of coming back into power remains minimal. They have to prepare themselves as the Opposition party.

Now talking about the coalition between BSP-SPA, it can be seen that in comparison with 2014, there are chances of them getting benefitted in this election. But they won’t succeed in forming a government and remain limited to certain seats.

Talking about Others in 2019 Elections, it can be stated that their performance will be considered as an important one, because the BJP, along with the whole NDA, won’t be able to acquire majority of votes according to the position of planets, and hence will have to try and include the Others. Hence, Others may gain major benefits out of it and we might see some members from the Others in the ministry.

This Election Will Bring Bad News For Leaders

One special thing to consider in this election is that many celebrated political leaders may have to face unexpected defeat. Other than that, several other unexpected outcomes will also astonish you. But one thing is clear, which is, the succession of BJP in forming another government.

Rahul Gandhi will succeed in improving the image of his party, which will favourably affect the number of seats acquired. On the other hand, Narendra Modi will also get benefited and his image will get cemented in a positive manner.

Who Will Gain How Many Seats?

If talking about the numbers, we can say that various political parties may possibly acquire the following numbers of seats:

Will Coalition Prove To Be Beneficial?

Based on the possibility of a Mahagathbandhan or Coalition, we can predict the following numbers:

Note: We are predicting the political exit poll based on the kundli of the major political leaders and positions of planets-nakshatras. Hence, it would be interesting to see which party emerges as the winner in the 2019 Lok Sabha Elections and which party needs to prepare more for the future.