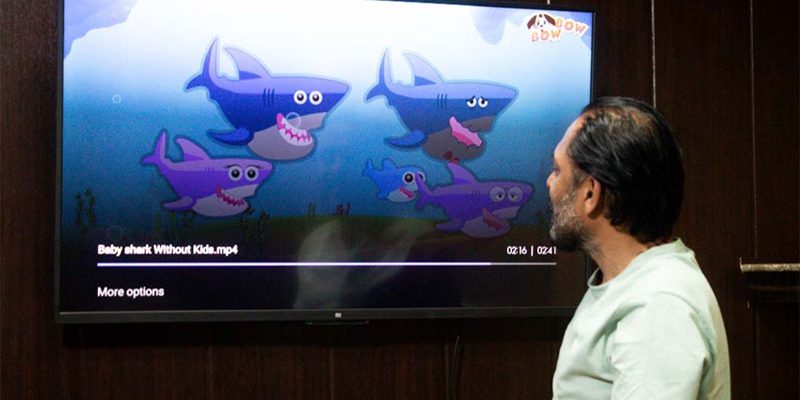 Baby Shark, the most loved song by billions of children from all over the world, now has its very powerful and catchy Hindi version! Singer Tochi Raina, who has given the world some of the record-breaking superhits such as “Ae Kabira Maan Jaa” and “Gal Meethi Meethi Bol”, launched this song today. The Hindi version of ‘Baby Shark’ has been produced by Agra’s Ojas Softech for its YouTube channel ‘Bow-Bow’.

Baby Shark has garnered up to more than 10 Billion views so far on YouTube. Multiple versions of this song have been produced in many languages, including English, Korean and Russian. After the launch, singer Tochi Raina shared his mind, saying, ”Songs like Baby Shark, which are loved by billions of people from all over the world, are once-in-a-lifetime creation. After introducing such a professional song in Hindi, children in India will be able to enjoy it to the fullest, as it is new, exciting and unheard of, even by me!”

Singer Tochi Raina, who has sung super hit Bollywood songs like “Kabira Maan Jaa” from Yeh Jawaani Hai Deewani and “Ektara” from Wake Up Sid came to Agra to attend a private event. Recently, he showed his talent by taking part in Indian Idol as a guest singer. 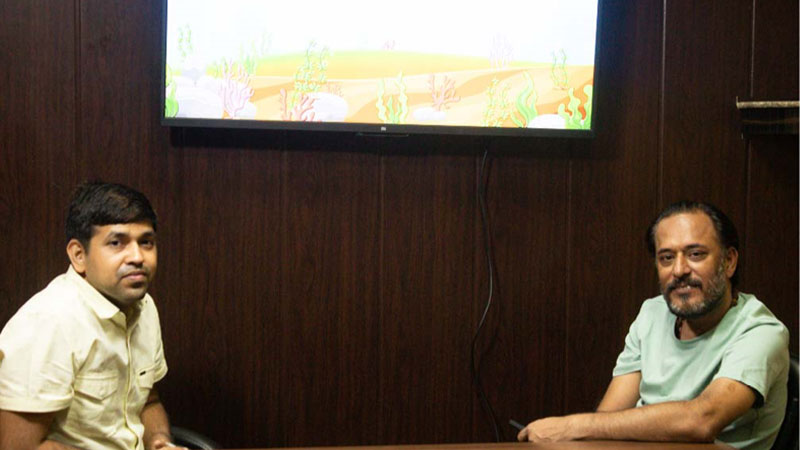 Tochi said, “New experiments are required to be done in the field of music. I hope the YouTube channel Bow-Bow gives a wide platform to such experiments.”  Punit Pandey, CEO of Ojas Softech Pvt. Ltd. said, “I had been listening to this song for several days because my daughter listens to this song at least 10 times a day. And then I felt that if the Hindi version of this song comes around on the same tune and musical beats, Indian kids will be able to enjoy it to the fullest. There can be a possibility of someone experimenting on the same lines on YouTube, but we haven’t yet seen any Hindi version similar to the original Baby Shark song. Through the Bow-Bow channel, it will be our motive to provide such content to children which are mind blowing but isn’t available in their native language.”

Significantly, the song “Baby Shark” has now surpassed the geographical boundaries, as its different versions has been made and launched, which has garnered more than 10 Billion views on YouTube so far.

Tochi Raina is one of the singers of Bollywood who has musically adapted himself and knows every nuance of music. Tochi is among the few singers representing the wide genre of Sufi in Bollywood. Regarding his visit to Agra, he said, “I had come to participate in a private event, but I wish to perform just like Yanni at an international event at the Taj Mahal. One of the positive things is that efforts are being made in this direction. Incidentally, even the song “Baby Shark” I launched today is internationally superhit.”

The Hindi version of “Baby Shark” has been composed by Music Composer Manoj Kumar. Manoj says, “I haven’t changed the original tune of the superhit song as much as it is what makes this song special. Now being in Hindi adds to the overall vibe!” The lyrics are penned by Piyush Pandey.