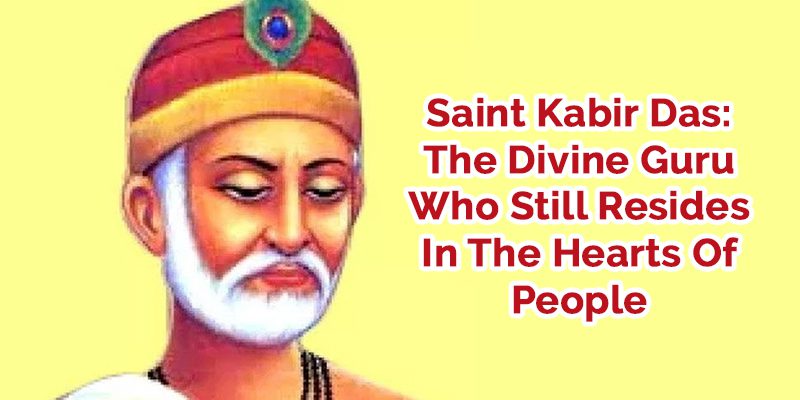 Kabir Jayanti is celebrated today, i.e. 5 June 2020. In times of Corona when people are worried about their upcoming future, the words of Kabirdas prove rather soothing and filled with positivity. If you are worried and have questions about your upcoming life, you can Ask a Question Now and get astrological guidance.

Let us move on to facts about Kabir Das and his life.

Hearing this couplet immediately reminds you about Sant Kabirdas, one of the famous Hindu saints and intellectual spiritual leaders. His creations have taken over the hearts and minds of people and helped them express their feelings and desires in the most poetic manner. The birth anniversary of the great Sage Kabir Das is celebrated on June 5, Friday, i.e. today. Natives were and are still in awe of his simplicity and saintly nature. Kabir Das Jayanti is celebrated every year on the Full Moon or Purnima Tithi of Shukla Paksha during the month of Jyeshtha.

Kabir Das, also famously known as Kabir Sahib and Sant Kabir, was a successful seeker, devout poet and social reformer of India. A sect named Kabir Panth also exists, where the natives named Kabirpanthis consider Kabir Das to be an avatar of the Almighty himself. Several miraculous stories are also prevalent and recorded in history. Kabir was born on Jyeshtha Shukla Purnima. That is why Kabir Jayanti is celebrated all over the country on this day.

The Birth Of Kabirdas

Although no authentic facts about the birth of Kabir are found as such, according to some beliefs, Kabir was born in 1398 to a widowed Brahmin. Soon after birth, his mother left him at a place called Lahartara in Kashi. There, Neeru and Neema, who belonged to the Julaha caste by profession, saw this young child and brought him along. Young Kabir was raised in the courtyard of Neeru and Neema’s home. Evidence of such instances can be found in some of Kabir’s works such as “जात जुलाहा नाम कबीरा / Jat Julaha Naam Kabira”.

Kabir was a very quiet person and loved living a peaceful life. An admirer of non-violence and virtue, Kabir Das spent his entire life in Kashi and died in 1518 in a place called Maghar. Kabir Das highly opposed the ongoing hypocrisy in the name of caste and religion. He was a person who was greatly respected and followed by both Hindus and Muslims. This was one of the reasons why a dispute arose regarding his cremation after his death in both the communities since they wanted to cremate him with respect as per their own rituals.

However, a pile of flowers was found on top of his body when the sheet covering his mortal body was removed. This was his last message and made people realize that a person should be acceptable like flowers and must have the same sentiment for all religions. Later, both the communities took half of the flowers each and cremated them accordingly.

Are Riches a Part of your Kundli ? Raj Yoga Report Reveals It All!

Behind every literary composition of Kabir Das lies a deep, hidden feeling. With few lines, he used to indicate good or bad aspects of society. This is one of the reasons why the Dohas by Kabir Das still remains one of the main and popular references. On his birth anniversary, let’s look at some of his famous Dohas:

Meaning- Kabir admits that even though people attained a place in Heaven after acquiring knowledge, they failed to become well-learned. But if a person can understand the true meaning behind the two and a half letters of “Prem” or “Love”, that native is him/herself the biggest scholar.

Meaning- When I set out to find the Evil in this world, I could not find any. But when I looked into my own self, I found that there is nothing worse than me. That is, before finding faults in others, a person must take a deep look into his/her own soul.

Meaning- A great speaker understands and realizes that Speech is an invaluable gem. Therefore, a person should always weigh his/her words before letting them out from mouth, as one wrong word can hurt many.

Meaning-  Instead of running away from those who condemn you, keep them near you. They reveal our shortcomings without soap or water and filter our nature and character.

Meaning- What is the benefit of being as big as a Palm tree, which cannot even provide a shade to anyone properly, nor does it bear any fruit.

On the occasion of Kabir Jayanti, you should also follow the path directed by Kabir Das and work towards the development of humanity. Also, if you are worried about what’s in store for you in the upcoming future, then your personalised Brihat Horoscope can come in handy and help you understand the influence of planets and nakshatras on your life.

Hope you have liked the information given by us about Kabir Das. Best wishes to all our readers on Kabir Jayanti.