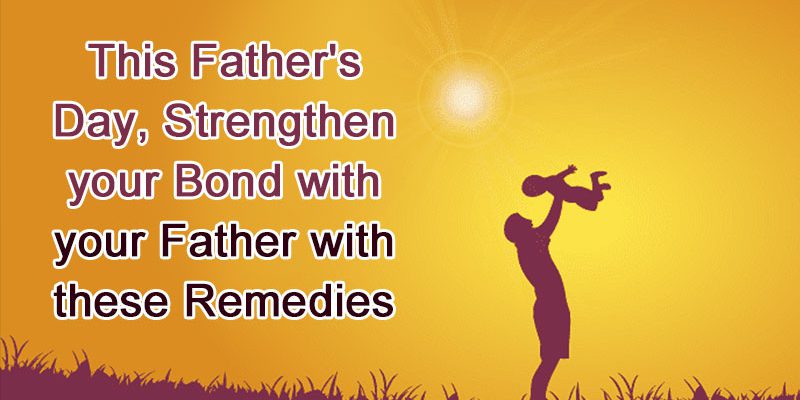 Father, a word and a figure, which stands synonymous with a coconut, hard from outside but soft from inside. As we all know, both the parents are the pillars in the life of the children, but, father always comes second to the mother, because it is from the mother that we get life, we get support  right from the womb itself. If you wish to know more about your parents and your upcoming life, then you can click here and ask any question to our expert astrologers.

Also, if you want to get detailed information about your life, then you can get a copy of our  Brihat Horoscope Report now.

Parents are natural nurturers, so that is why a mother will always be there for the support of her child no matter what. But, this is not the case with the father, he is considered a little hard, because he represents the society, the world, and the world is a big challenge, a big competition. So, a father represents that challenge that the world presents to us, he represents the perception of the society, of the world we live in, and that is always not supportive. That is why, despite being affectionate, he has to be a little hard, otherwise, when you will get only support, nurturing without any challenges, your decision making can diminish, you can be crippled, while facing challenges you can collapse.

So, a proper balancing is required and the role of the father then comes into the picture. Mother represents emotions while father oozes confidence, mother provides security, father provides protection, that is why one feels assured that one is protected by being in the company of the father. Every kid starts to see this world first from the eye of his/her Father, as he provides us with our first vision, our point of view, our perception which has contributed a great role in shaping our today’s personality. That is why, a special day has been designed to commemorate the contributions or the importance of father’s in our lives, Father’s day.

The currently celebrated Father’s day was first celebrated on June 19th, 1910, in the state of Washington, when Sonora Smart Dodd, the daughter of a Civil war veteran William Jackson Smart brought a petition before the Spokane Ministerial Alliance. The petition was to recognise the courage and devotion of all father’s like William. In 1972, President of the United States of America, Richard Nixon, signed the resolution declaring the third Sunday in June to be Father’s day. From then onwards, it is celebrated in many countries in the third week of June including India. In the year 2020, It is falling on Sunday, June 21st, 2020.

Now, as we are celebrating Fathers and Fatherhood, let us now talk in detail about the planetary positions and give away an astrological analysis from which we can know if a person is blessed with father’s warmth and blessings and what are the malefic conditions that rob a person of this wonderful relationship.

Let us now talk about the factors which show that one’s father was inspirational, motivating  and plays an important role in the child ‘s development.

Strong position of the Sun

The king of the celestial kingdom, the Sun plays a very important role in our horoscope/ Kundli. Not only does it represent the soul, confidence and vitality, one carries within himself/ herself, but also the relationships one shares with his/ her father. The strong position of the Sun indicates that the father plays an important role in the child’s development and that the child has imbibed a lot of traits from him. And when one shares a strong relationship with the father, then one becomes confident, self assured, visionary and his/her decision making becomes very strong and the child does not depend on the validation from others, is always full of self belief.

The strong position of the Sun comes into being,

Strong position of the Ninth and Tenth house

Let us first explain why we are taking two houses into account. So, the ninth house represents the teachers, idols and mentors and we all know that the first teacher and mentor to a child is parents, most probably father, which provides necessary guidance and helps shape one’s personality. The tenth house, according to traditionalist astrology, came from the fact that during the ancient time, one had no choice but to follow in the footsteps of the father when it came to generation of income, so livelihood came from father. That is why, the tenth house is considered as father’s house as per traditional astrology. So, we consider both the houses while giving analysis on father.

Let us now discuss the factors in which indicates that the father of the child was overpowering, dominating and also that the child is deprived of the guidance and protection from father.

Weak Position of the Sun

As we have discussed above, the Sun plays a very important role in the upbringing of the child, in bringing discipline, self belief in the child. If the Sun is in a weak condition in the horoscope, it indicates that the child has not been able to properly establish connection with the father. This can be due to many factors, either the father was very busy in his professional life, was strict, ill or the early death of the  father. This gives one the feeling of seeking validation from others, their perception in general of the society becomes endangered, they look at the world as a frightening place rather than protective which makes them insecure, skeptical, timid and uncertain.

The weak position of the Sun comes into being when,

Weak position of the Tenth House

On the occasion of father’s day, we are prescribing you some remedies that are likely to help you improve your relationship with your father. As, we have discussed above, the Sun is the natural significator of the Father in one’s horoscope and is in its strongest position in the tenth house, which represents father. So, sun plays a very important role and all the remedies suggested here are to strengthen the Sun-

So, this was all you need to know about father’s day. Wish you a very happy and prosperous Father’s Day!!!