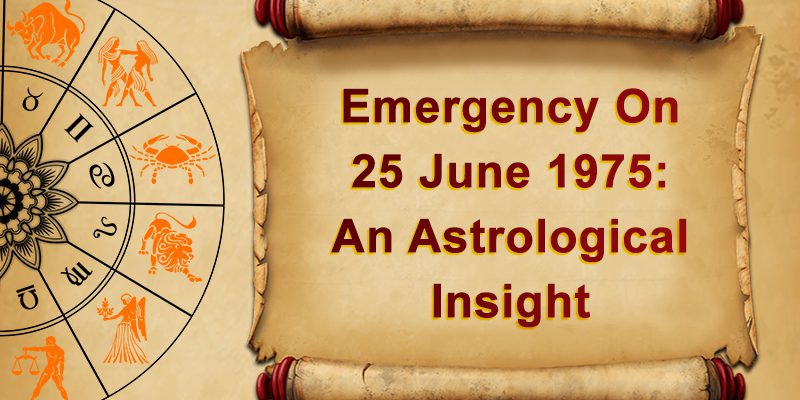 The Emergency in India was declared on the midnight of 25 June 1975 by the then Indian Prime Minister, Late Smt. Indira Gandhi after getting it signed off by the then President of India Late Fakhruddin Ali Ahmed. This Emergency continued till 21 March 1977, and was considered one of the distressing times in the history of Indian Politics.

Will you attain success in politics? Ask A Question & find out the answer!

At that time, a great  sense of dissatisfaction rose against the then Central Government of Congress, and with the Allahabad High Court Verdict made against the then Prime Minister Indira Gandhi on June 12, she wrote this black chapter in the history of Indian Politics and declared this Emergency all over the nation.

With this article, we have tried to shed light on how specific planetary placements lead to the origin of such situations in the country. We have also taken in consideration some kundlis and charts based on which we have provided you an astrological evaluation.

The first kundli is of the then Prime Minister Late Smt. Indira Gandhi: 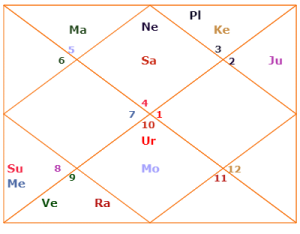 Kundli At The Time Of Emergency 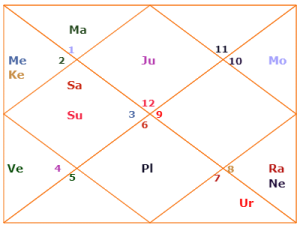 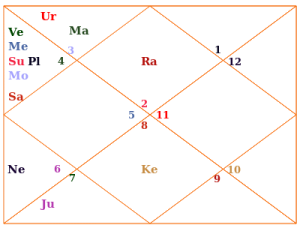 If you also want to compete as a candidate in the upcoming elections, then it will be very important for you to know if any Raj Yoga exists in your kundli that can help you reach the heights of success in elections. For this, your personalised Raj Yoga Report by AstroSage can come in handy.

It has been almost 45 years since the Emergency in India was last declared in India, but it seems like this chapter has been engraved in our minds. It will be mostly impossible for us to forget about the time  when a ruler imposed the state of emergency to harass the common and innocent public.

Now, if we take a look at the present scenario, the ongoing situation of Coronavirus in the country led to nationwide lockdown, which made it impossible for the public to even step out of their houses.

Looking at the ever-changing planetary movements, we can say that soon we will be able to escape the ill-effects of Coronavirus, and a powerful vaccine to fight against this disease will be formed, which will put an end on this ongoing lockdown and help strengthen the Indian Economy.