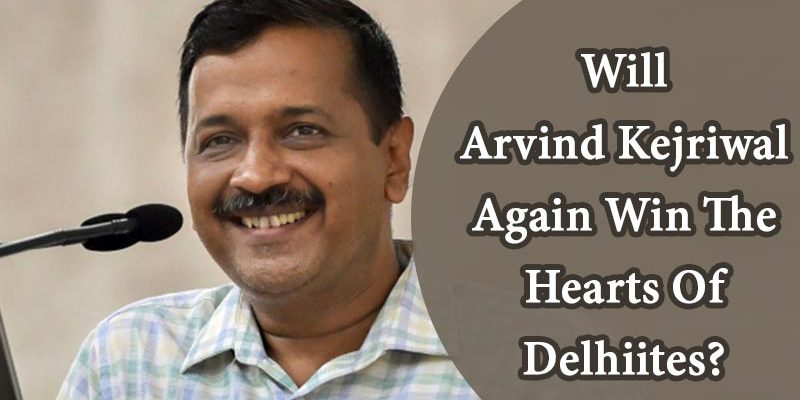 The commencement for Delhi Assembly Elections has been made, and all the leading parties under the candidacy are locking their heads and claiming their strength. In such a situation, the present Chief Minister of Delhi, Shri Arvind Kejriwal has left no stone unturned to aim the interests of people. With the release of his “Guarantee Card”, he has ensured the loyalty of the masses so that he reigns the throne of Delhi. In this context, we have tried our best to know from an astrological point of view that whether Arvind Kejriwal will be able to win the hearts of Delhiites again or things can take an opposite turn. Let us know about it in detail:

Preparations for Vidhan Sabha Elections 2020 in the national capital Delhi have commenced, and the public will cast their votes and strengthen the position of their favourite candidate on February 8. It is one 11 February that the results will be publicly declared.

In such a situation, it will be very interesting to know whether the present Chief Minister of Delhi Arvind Kejriwal will again sit on the throne or is there a possibility of any switch. How will the Aam Aadmi Party perform in the assembly elections, and will the BJP or Congress be able to knock them down? Are there chances of AAP landing on the second or third number? Read further and know now!

Let us tell you that there are a total of 70 seats in the Delhi Assembly, on which elections are being held and it is a must for any party to win at least 36 seats in order to succeed. Taking a look at the last elections, the Aam Aadmi Party unexpectedly came to power by winning 67 out of 70 seats and attaining 54.3% votes. The BJP came second with 3 seats and 32.3% votes. Whereas, Congress didn’t even live up to its expectations and scored a total of 9.7% votes despite the former Chief Minister Late Sheila Dixit winning the throne three times in the past. In such a situation, it was Arvind Kejriwal, the King Maker of Delhi, who succeeded in running the government for the whole five years. On this note, let us know the possibilities arising in the Delhi Assembly Elections 2020 and how well will the Aam Aadmi Party and Kejriwal perform.

In this regard, we have analysed some special horoscopes, which are presented before you. Before evaluating the horoscope of Arvind Kejriwal, let’s take a look at the party led by him, Aam Aadmi Party.

The kundli of the Aam Aadmi Party or AAP is of Capricorn ascendant and Aries zodiac sign. Saturn, the lord of the Ascendant, is forming a conjunction with Venus and Mercury and creating a powerful Raja Yoga in his exalted sign Libra in the tenth house. Thus, powerful Parashari Raj Yoga is being formed in this horoscope. 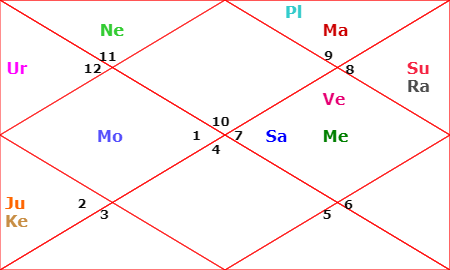 The Aam Aadmi Party is currently under the influence of Venus Mahadasha and Rahu Antardasha. Venus, acting as a yogakaraka planet, is posited in the tenth house and Rahu’s Nakshatra along with Saturn and Mercury. Also, Rahu is placed with the Sun in the eleventh house and being aspected by Dev Guru Jupiter.

Rahu is posited in the Scorpio zodiac sign with Jupiter’s Nakshatra and also being aspected by Jupiter. It is during the Venus’ Mahadasha that the Aam Aadmi Party tried to woo women voters by making special announcements, which includes free travel.

Rahu in Venus during this period is creating a favorable time for the Aam Aadmi Party in the Delhi Assembly Elections. Also, at the time when these elections will take place and results will be rolled out, Ketu will be undergoing its Pratyantar Dasha, which is posited with Jupiter in the sign of Venus. Adding to it, Ketu is being aspected by Sun and posited in the Sun’s Nakshatra.

In such a situation, it can be said that this election can prove to be very beneficial for the Aam Aadmi Party. Their position is likely to strengthen, but as per this kundli, both Jupiter and Sun are afflicted by Rahu and Ketu. Because of this, some statements and actions delivered by the party can also prove to be anti-social, for which they may have to bear the brunt. This is why they will be required to act cautiously in this direction. At the same time, some closed ones may leave the side.

Will Luck Favour You? Raj Yoga Report Reveals It All! 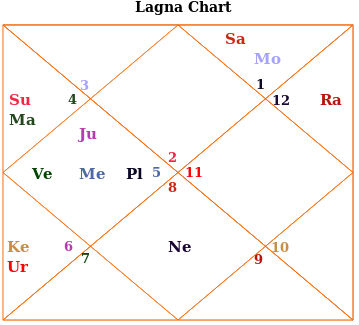 The birth chart of the Chief Minister of Delhi and national convener of the Aam Aadmi Party Shri Arvind Kejriwal is of Taurus Ascendant and the Lagna house lord Venus is posited in the fourth house with Jupiter and Mercury.

Presently, he is under the influence of Jupiter Mahadasha and Venus Antardasha. This is the reason why he has formed attractive policies and plans for women and students, as well as the health and education sector. During the time period when elections will be held in Delhi and their results will be announced, Saturn will be undergoing its Pratyantar Dasha and marking its impact. Saturn is said to be the ruling lord of the ninth and tenth house and acting as a dominant Yogakaraka planet. Also, it is posited with the Moon in the twelfth house and attaining the ninth aspect of Jupiter, due to which its state of debilitation has vastly reduced.

With Venus being in its own Nakshatra, he can get benefited in the assembly elections due to the reformed policies and special facilities created for women. Dev Guru Jupiter is posited in the sign ruled by its friendly planet Sun and Venus’ Nakshatra, due to which he can get favourable results due to his active participation in the education sector.

Saturn is transiting through the tenth house from his zodiac sign and in the ninth house from the ascendant and can prove to be very beneficial for them. Some of his secret policies will prove to be very useful for him during this time. Although the conjunction of Venus and Jupiter may make them a victim of unexpected changes in some places, his performance will be better than before in some aspects.

Keeping all the above things in mind, one thing is certain that his performance is likely to be quite good in these elections. Planetary transits are also likely to create favourable situations for him, but Jupiter is also his eighth house lord, which is capable of introducing sudden changes. In such a situation, some people of his own party can go against him, which can be a major source of stress for him. If we talk about the seats, then there is a possibility of a decline in the number, and out of 70, there are chances of them scooping around 40 to 45 seats. On the other hand, their constant competitor Bharatiya Janata Party will perform better than before.

(AstroGuru Mragaank has provided the predictions regarding Arvind Kejriwal on the basis of the kundli available on the internet.)